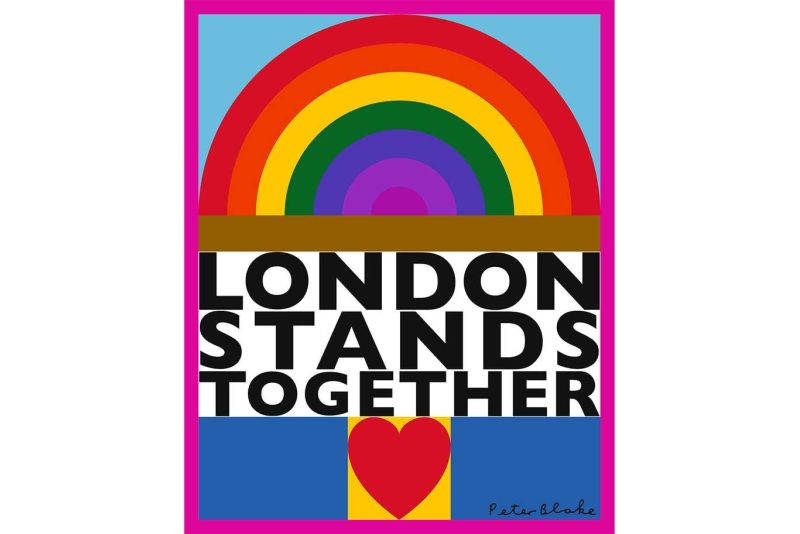 Sir Peter Blake, known as the Godfather of British pop art and the man behind some of the most widely recognised album covers of all time, including Sgt. Pepper’s Lonely Hearts Club Band and the latest The Who album WHO, will produce 100 limited edition prints of his iconic rainbow motif, London Stands Together. We are overwhelmed by the support shown by Sir Peter Blake, the Evening Standard and the British public, as the prints sold out in less than 9 hours, helping us raise almost £100,000 to help us bring more food to Londoners in need.

If you are amongst the first 100 buyers, you will receive a confirmation from us as soon as possible. If you missed on the chance to purchase this iconic print, we hope you would still consider supporting our vital efforts to help Londoners in need with a donation to our #FeedLondon appeal.